This historic building and its barn have been listed on the National Register of Historic Places effective December 3rd, 2019.

The Edmeston Free Library Board of Trustees would like to give tribute to the students of the Cooperstown Program and Professor Cynthia Falk for the extensive research and, as a result, successful placement on the National Register of Historic Places.  Thank you!

This historic building and its barn are now listed on the National Register of Historic Places effective December 3rd, 2019.

King George III granted 10,000 acres in what would become Edmeston to Colonel William Edmeston, who fought in the Seven Years’ War, and his brother, Robert Edmeston, in 1770. The town of Edmeston was formed in 1808, after being set off from the town of Burlington. A growth in population spurred on new industry including milling, forges, and supply shops.  Edmeston farmers participated in the wide spread hops industry that made Otsego County the leading hops producer in the nation.  Edmeston developed its own bank in 1882 and its own fire department in 1892. The New York Central Mutual Fire Insurance Company (now rebranded and named NYCM Insurance) was founded in 1899 by VanNess DeMar Robinson.

The Wharton Valley extension of the New York, Ontario, and Western Railroad (O&W) was completed in 1889, with Edmeston as its last stop.  Agriculture was a staple in the area with a focus on dairy production and hops.  Tourism also became influential to the local economy in the twentieth century. The Rutherford House flourished during this era.

The “Rutherford House” was first owned by Dr. William Spencer and, over the past 153 years, it passed through a number of owners.

Between 1850 and 1853, Dr. William Spencer bought a series of small parcels on the south side of East Street.  He was the son of Halsey Spencer, also a physician, who relocated to Otsego County from Greene County in 1814.  Dr. William Spencer built a residence on the site in the early 1850’s.  He married Hulda A. Spencer (1820-1884) and they had at least one daughter, Minnie (b. 1863).  In 1867, A terrible fire broke out in the Ackerman’s Machine Shop and destroyed the Spencer’s house along with other businesses and residences.  The barn, however, remained standing.

Dr. Spencer rebuilt the house in 1868. The rebuilt house served as their home and Dr. Spencer practiced as a doctor there until his death in 1879.  In 1883, Hulda Spencer sold the property on East Street to Homer Underwood of Edmeston, an important and well-known local carpenter. Homer owned the house during the next fire on East Street, which occurred in 1886.   This fire reportedly destroyed or damaged many buildings; however, the Spencer/Homer house was mostly spared.  A square kitchen addition on the back of the house replaced the earlier kitchen destroyed in this fire.  In 1890, Homer Underwood sold the property to Fidelia Rutherford.

The town of Edmeston flourished due to the hops industry, agriculture and most importantly, the railroad.

From 1890 to 1910, the Rutherford house served as a boarding house/hotel.  It was of three hotels in the town of Edmeston. Alterations made to serve this purpose include a rectangular wing, built in 1898 containing a lounge on the first floor and additional bedrooms above.   Water closets and hot and cold running water were also added on each floor. The first reference to the house as a hotel is in the early 1890s, with a receipt dated June 12, 1891.  T.A. Rutherford was the proprietor.

The arrival of the railroad corresponds directly with sustained commercial development in and around Edmeston. By 1900, dairy production in New York State was centralized as creameries and cheese houses had collected near railroad depots. These transportation networks were vital for the economic sustainability of most Upstate New York towns and hamlets. When the Wharton Valley extension of the O&W made Edmeston its last stop in 1889, the stage was set for expanded agricultural production.  The train became known locally as “the milk train.” This development, along with the advent of refrigerated train cars, stimulated local commerce and industry.

An undated advertisement clipping from before 1900 described the Rutherford House as offering “First Class Accommodations for man and beast. Hudson’s ‘bus runs too [sic] and from the house to all trains”.  It also described the Rutherford House as a “temperance hotel.”   The barn played an important role in the hotel era, as it served as a place to accommodate the carriages and horses of travelers and provided sufficient space for hay storage.

The Rutherford House was one of three Edmeston hotels serving local business travelers, family visitors, as well as weekend and summer tourists seeking a country respite from New York City. The oldest hotel was built c 1810 on East Street, almost directly across the street from the Rutherford House (now the location for the Edmeston Fire Department).  On the southwest corner of the main intersection of Edmeston, stood a third hotel.  It was constructed c1840-43 and later known as the Gaskin House. Of the three, the Rutherford House is the only one to survive.

Thomas Rutherford died on October 10, 1900.  A series of sales of the house include this hotel to be sold to Frank H. Gates, Undertaker who ran it as a funeral home. Frank Gates died in 1934 and he bequeathed the house and lot to his wife, Margaret E. Gates.  The house was mortgaged to his daughter, Marjorie G. Corts and her husband Wallace B. Corts who continued the undertaking business.  They, in turn, bequeathed it to their son Wallace Corts and his wife, Lorraine.  Lorraine, a Library Board member for many years, left the property in her estate to the Edmeston Free Library in 2016.

The Rutherford House, soon to be the home of the Edmeston Free Library, is an example of Italianate style domestic architecture and has survived with a high degree of integrity, retaining its character-defining features.

The exterior of the house includes its intricate porch with octagonal columns and turned balusters, double cornice brackets, cupola, and six-over-six double hung wood sash windows.  It is particularly notable for its intact interior, retaining its plan and a full complement of moldings, trim, paneled doors, and light fixtures throughout the late nineteenth and early twentieth centuries.

CURRENT RENOVATION UNDER WAY – THE PORCH

Earlier pictures indicate there were no spindles nor did it have a wrap-around porch.  The columns in the pictures are the same as what is currently attached to the porch.

It is believed that the porch was added around 1917 – (see receipt below). Frank H. Gates was the owner of the building at the time this receipt was written. The number of spindles noted on this receipt are the exact number of spindles currently attached to the railing.    The railing shown on the receipt match the current railing (dimensions – length, width and height).

RENOVATIONS OF THE PORCH CURRENTLY UNDERWAY

BEFORE RENOVATIONS PICTURES BELOW:

The barn from the 1850s survived the terrible fire that broke out in Ackerman’s Machine Shop.  This 1867 fire destroyed Spencer’s original 1850’s house as well as a number of other businesses and dwellings.

The barn embodies features of the Greek Revival style.  It played an important role in the hotel era as it served as a place to accommodate the carriages and horses of travelers and provided sufficient space for hay storage.

Lorraine Cort’s generous gift to the Edmeston Free Library once renovations are completed will replace the current small Library building (since 1926).  The newly renovated building will have increased space for community and library programs and services.  It will meet all ADA and public building code requirements. 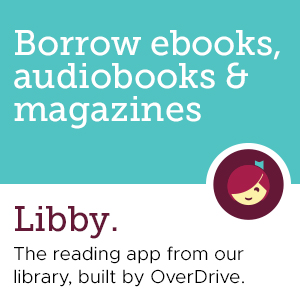 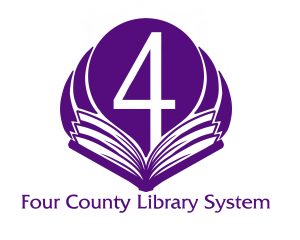 Enter your search terms, and then choose to search All Libraries.